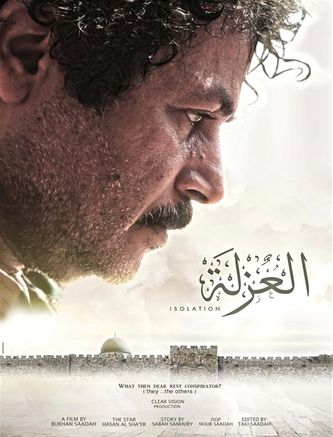 Cast of the film:

Link to the trailer:  https://m.youtube.com/watch?v=ODZrdXfBLEs

The film by Burhan Saadah and it is based on Sanhouri's story Isolation. The film officially screened in 2013 at the French Institute in Khartoum, Sudan. It has been shooted and made in Jordan. Isolation has been involved in many film festivals in the middle east and get several awards.  Check out  http://alarabalyawm.net/?p=410155

Hasan El- Sha'ir the star of the film has described his experience with the work as the very difficult role had ever act since a quarter of century! He said the character was very challenging and unique! Check out the rest of his interview with Elkhaleej newspaper at  http://www.alkhaleej.ae/alkhaleej/page/2b7bbcc3-0d8a-4143-ac02-f5be31a7ee5c